Back in 1990 the main form of Blues music distribution for Australian Blues bands was tape cassettes! Fortunately several tapes survived & Greg Lindner felt it was important to preserve some of The Spirits original Australian Blues in a very limited vinyl pressing in 2018. So the material was remastered by Paul Blakey of 12th & Vine Post Mastering Studio and then pressed by Zenith Records Melbourne. 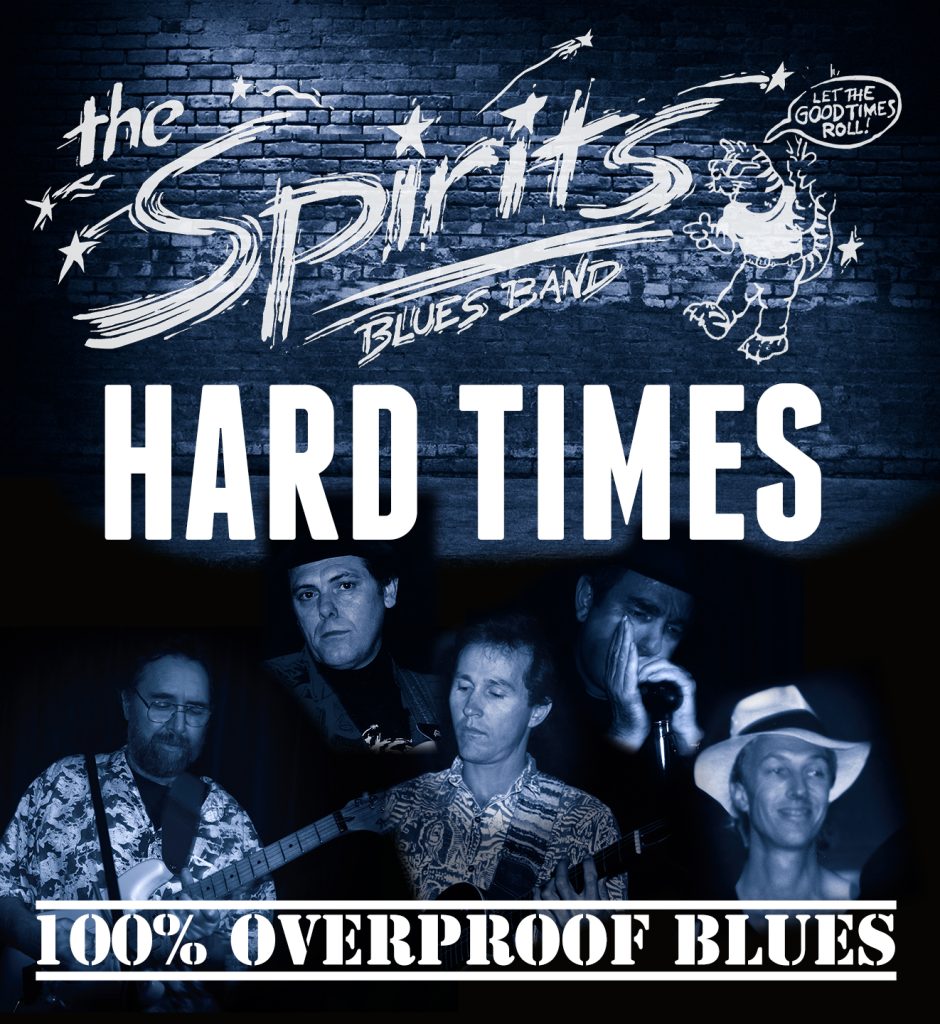 The Hard Times Australian Blues album was originally recorded and engineered at Mungo Coates' Forest Glen studio by a very patient Mungo; the mix was finalised with Malcolm Prendeville.

The album features 11 tracks of which 10 are band original Australian Blues tracks that had been written and arranged in a two year period by fellow band members.

The only "cover" is "King Sized Rosewood Bed" written by Charlie Daniels - vocals from Edwin Field - our long since departed bassman.

This Blues album represents a great body of original material and also really highlights the originality of the Spirits Blues Band in many ways.

The Spirits Blues Band were very positive in their outlook and definitely had a driving force traveling with them; the tracks on this album reflect the times and Blues scene of the late 1980's early 1990's. This material has drive and reflects real Australian character in a Blues sense; it is very hard to define; some songs like "I was a Fool" almost suggests spaced out blues; while the feature track of the album "Hard Times" is definitely Aussie pub-rock at its very core.

As the Spirits Blues Band performed every Thursday night and rehearsed every Tuesday evening, the variety and mix of material was very broad; this is definitely a great snap shot of the band in full flight back in 1990!

This limited edition vinyl album is available for sale for AU$40 - please see the form below if you are interested in purchasing this epic vinyl. 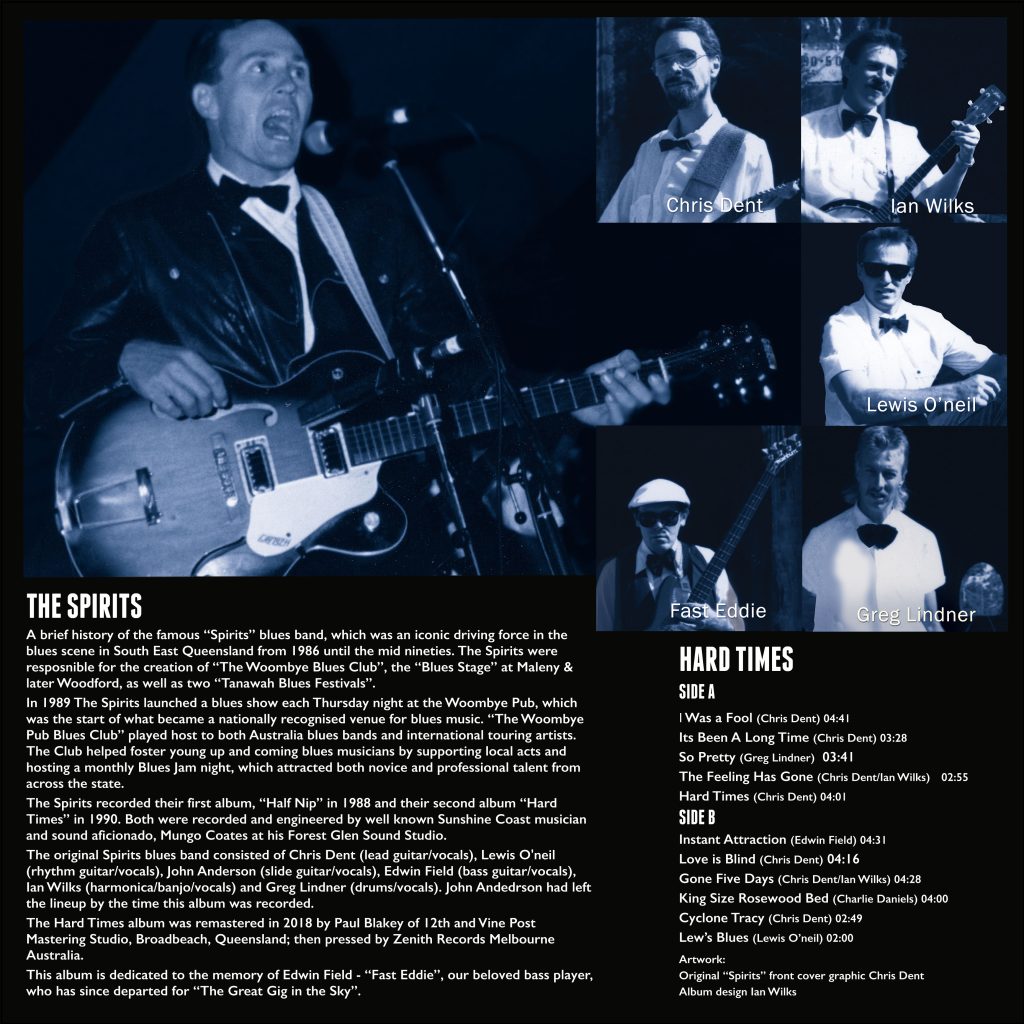 Here are individual MP3 track samples from The Hard Times album - obviously the vinyl audio will be far superior to the sampled MP3 tracks here. Enjoy!!!

I Was A Fool

Its Been A Long Time

The Feeling Has Gone

The Hard Times remastered vinyl album has been reproduced in a very limited volume.

If you would like to add some rare Queensland original Australian Blues to your collection, please fill out the form and one of the band members will contact you directly  - thanks for your interest in live Blues music!!